The varsity girls volleyball team concluded its season at the Union College Invitational 2016. The team won five out of seven games and placed 5th overall.  For the season the team finished with a record of 12-10.  Union College live-streamed all the matches.  Many of the Madison community watched at school or at home and pulled for the team.  The matches are still available online.

The soccer team traveled to Union College as well.  They played a man down for the first nine minutes of each game in memory of their classmate and friend Tyrell Gentle.  The team unanimously won the spirit award.  The team played Campion Academy to a tie, the only team to do so the entire tournament. 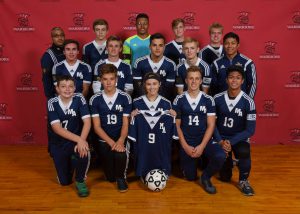