On December 7 was the funtastic Christmas Brunch held at Madison Academy. All around the school was students wearing ugly sweaters, hilarious hats, funky toppers, and casual Christmas wear. We all met in the Chapel and sat down at a lovely prepared Christmas breakfast. We prayed together as a school family and began to feast!

While eating everyone enjoyed the company of good friends and delicious food. When we were done eating we had a best hat/topper, best ugly sweater and move festive outfit contest. The student association president, Symone Stewart, led out the contests.

The first contest, best hat/topper, was won by Hadassah Pegues with her jingling reindeer antler and Jackson Wood with his Yoda Santa hat (instead of saying Merry Christmas, it said “may the force be with you.”).

Next up was the best ugly Christmas sweater. The winners for this group were Parker Luellen with her Yoda sweater and Joshua Blair who was “wrapped up” in his Christmas present sweater.

The very last contest held that morning was most festive. The winners were Sam Cañas dressed as a little Santa and James Jackson who dressed as Santa’s favorite reindeer, Rudolph.

After we were all done with eating and the contests we sat down and watched almost everyone favorite Christmas movie, “A Charlie Brown Christmas.” We forgot how short the movie was and was disappointed when it finished and we had to end the party and go back to class. We prayed one last time as a school family, thanking God for the blessing that Christmas represents, and went festively to our separate classes. 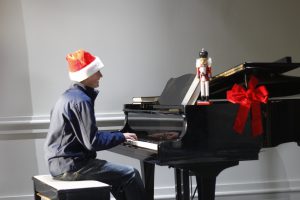 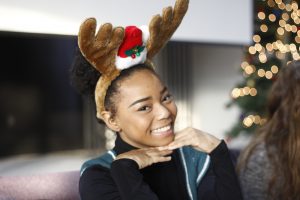 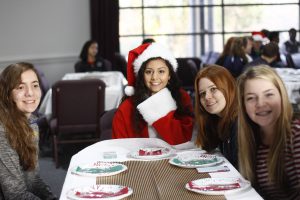