West Academy competed with Madison Academy for the Tennessee Christian Athletics Association [TNCAA] championship on the campus of Madison Academy, the host for this year’s soccer tournament Monday night at 6:00 pm after the original game and time got rescheduled because of weather concerns.  Madison scored first in the opening minutes of the match however West scored the equalizer shortly thereafter.  Madison went ahead later in the game scoring another two goals.  West continued to attack and was awarded a penalty kick and another kick just in front of the goal to tie the game.  The teams ended regulation play tied at 3-3.  The game was extended with two ten minute periods and a five-minute intermission. The first overtime period was scoreless but West Academy scored 3 goals in the second overtime period and won the championship 6-3.  The Madison Academy team played with heart and played well through adversity. 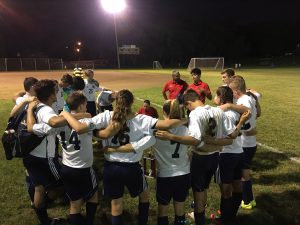 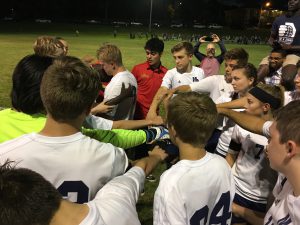