The drama team from Madison Academy drove to Oakwood University and performed twice during the Fall Classic Festival 2018.  Their first performance was during the main worship service for

the children’s story.  The skit they performed was called No Thanks.  The team members acted out what might have happened if Bible characters had said no to God.  After church and lunch the team again performed at the 4 pm program.  Three skits were showcased: the emoji skit – about sadness; “why did I get married”-about relationships; and “Just the way you are” – about God’s grace.  It was a good experience for the drama team and they got lots of good feedback for their performances. 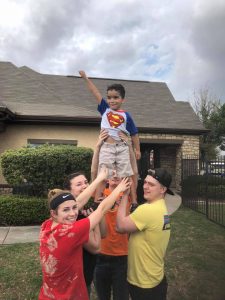 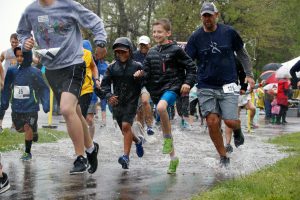 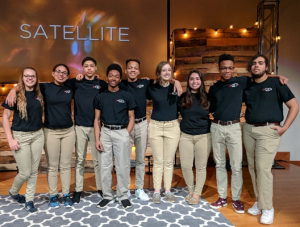 The culmination of a years worth of practice, performances and tours unfolded Friday night, May 13 at the Madison Academy chapel as the drama team and several Madison Campus Elementary students performed 2-5 minute skits.  The first set of skits were titled: Just the way you are; Break the cycle; Sticks and stones.  Mr. DJ McKenzie highlighted the ideas presented in each presentation.

The MCE students did skits titled Hope (with music and video in the background) and Who do you say I am?  After each sketch, Mr. DJ McKenzie reviewed the ideas that were presented.

The next set was titled Marriage counseling; Selfie-ish; and Perspective.  The last skit portrayed human experiences as colors that when given to God provide worthwhile and exciting portraits as described by Mr. DJ McKenzie.

The last set included the titles: Chains (with music); No big deal (with a picture on the backdrop) and Flawless (with music).  At the end of the performance, the seniors in the drama group gave Mr. McKenzie a gift and showed appreciation for all his work with them.

The drama team under the direction of Mr. DJ McKenzie traveled to the White House SDA church to perform for the members. Also in April the team will travel to Oasis SDA Church in Portland, TN and at the end of the month travel to Jackson, TN to share Jesus.

On Sunday, March 6th, the choir under the direction of Mr. Waldemar Wensell, and several adult sponsors are traveling to Rome, Italy to perform, and sight see.  The choir members and parents raised funds all year long by organizing bake sales, serving school lunch and working with local businesses like Panera Bread and Baskin and Robbins Ice Cream to donate a portion of the cash receipts to this trip.  The choir will perform four times during the week at Seventh-day Adventist Churches in the area.  When the choir is not singing, they will tour with Mr. Kevin Ramkissoon, our history teacher, as they explore the Colosseum and Roman Forum, the Vatican Museums (Sistine Chapel), Trevi Fountains and other sites.

Leaving Tuesday morning is the Drama team, lead by Mr. DJ McKenzie to the Washington, DC area.  The team will give performances for students at Spencerville Adventist Academy and Takoma Adventist Academy as well as providing the worship service at Beltsville SDA Church.  Team members and sponsors will have time to sight-see in the nation’s capital and enjoy the Smithsonian museums and other attractions.

The eleven member drama team began its two day tour, Friday February 19-20, to Louisville and presented vespers program to students at Louisville Adventist Academy.  The next day, at the Middletown SDA church the drama team performed for those attending the church service.  The drama team shared six or seven skits that shows God’s love.