In 1895 and 1896 Ellen G. White wrote a series of nine articles, stirring appeals urging Adventists to work in the war-torn southern states. In response to this call, in 1904, Sutherland and his lifelong close friend Percy T. Magan resigned their high positions at Emmanuel Missionary College and went south. In the years to come, Sutherland became known as a great educator, a man of strong perseverance with an unshakeable faith in God. His co-workers, students, and friends were deeply devoted to him, his message, and the school. 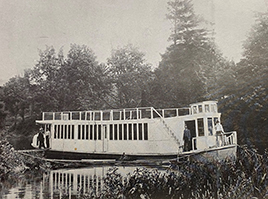 In the summer of 1904 Sutherland and Magan had discussed their plans with Mrs. White in Nashville, then spent six weeks looking for a suitable location for their school near Nashville. One day in June 1904, Mrs. White, W. Palmer, Sutherland, Magan, and others took a steamboat for a river trip near Nashville, a city of culture, which had become the center of Adventist activity in the South. The boat suddenly broke down at Neely’s Bend in the Cumberland River and was towed over to the bank so that repairs could be made. Mrs. White and Mr. Palmer went ashore to look around. They found themselves on a 412-acre farm, overgrown with buck brush, full of stones and gullies, worn out and rundown. Mrs. White returned to the boat and said to Sutherland and Magan, “This looks like the place I have seen in vision. This is the place where God wants Sutherland and Magan to start their school.” Upon inspecting the farm, the two men were dismayed, for everything they saw was displeasing. They didn’t have the money to buy the huge farm; they had had a small, attractive, fertile farm in mind. They sat down together on a rock and wept, but ultimately decided to surrender to their destiny and Mrs. White’s advice (Sandborn 1953; Hansen 1968; Neufeld 1976; Gish and Christman 1979). 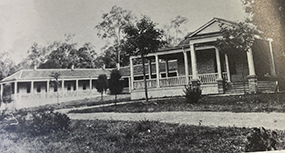 The farm, known as the Nelson Place and at that time owned by a Mr. Ferguson, was purchased for $12,723, taking its founders’ last cent. The school was founded in 1904 and the first term began with 11 students. Yet it grew, and under Ellen White’s guidance its educational philosophy was formed. She called Madison “God’s beautiful farm” and she had a special love for the work of its founders, Sutherland, Magan (1867-1947; he later became a renowned figure in medical education), M. Bessie DeGraw, and Mrs. Nellie H. Druillard. In 1908, in “An Appeal for the Madison School,” Ellen White said: “The . . . education given at the Madison school is such as will be accounted a treasure of great value by those who take up missionary work in foreign fields. If many more in other schools were receiving a similar training, we as a people would be a spectacle to the world, to angels, and to men. The message would quickly be carried to every country, and souls now in darkness would be brought to light.”