The Madison Academy tennis team defeated West Academy 5-4.  Nathan Johnson won the first ever tie-breaker match.  The next event is the TNCAA finals.  The girls will play at Sumner Academy, Monday, May 2 at 4 pm.  The guys finals are the next day May 3, at 3:30 playing at Peay Park. 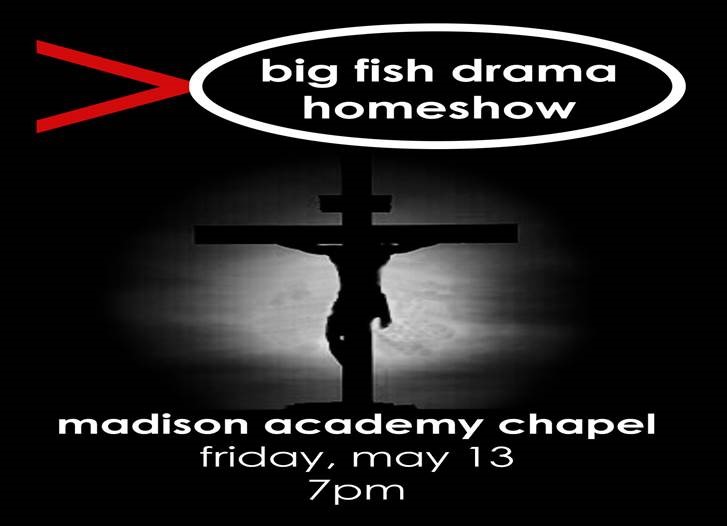 The juniors in Mr. Jamieson’s United States History class shared their decades project with other classes during assembly and with the 7th and 8th grades from Madison Campus Elementary school.  Teams of students studied the decades from 1900-2010 and prepared to share their learning with others.  Tables were set up and the teams decorated and displayed poster boards with significant people and events they thought were important.

In an away evening game at Merrol Hyde Magnet School the soccer team lost 4-2.  The team record is now 7-3-2 heading into the TNCAA Playoffs next week.

The golf team competed with students from Middle Tennessee Heat and the Heat won.  They play nine holes.  There were no girls on the MT Heat golf team.

Last night the Madison Academy soccer team competed with Dayspring Academy and won 5-0.  The first half was scoreless but in the second half the team scored five goals.  It was also a special night because it was Senior night.  Jordan Kittles, Ben Shepherd, Alex Watson, and Moises Canas played their last home game.  At half-time the senior players gave their parents roses and thanked them for their love and support.

Last week the soccer team played Lancaster both at their field and here at home.  At Lancaster the score was 9-1 and here at home it was 8-0.  The teams overall record is now 7-2-2.  The next game is tonight at 7:00pm against Merrol Hyde Magnet School.

In tennis news from last Monday the tennis team beat McClain 7-1.  Their next event is today and competing against Dayspring Academy.  The golf team has an event today as well.  They play Middle Tennessee Heat at Riverside Golf Course. 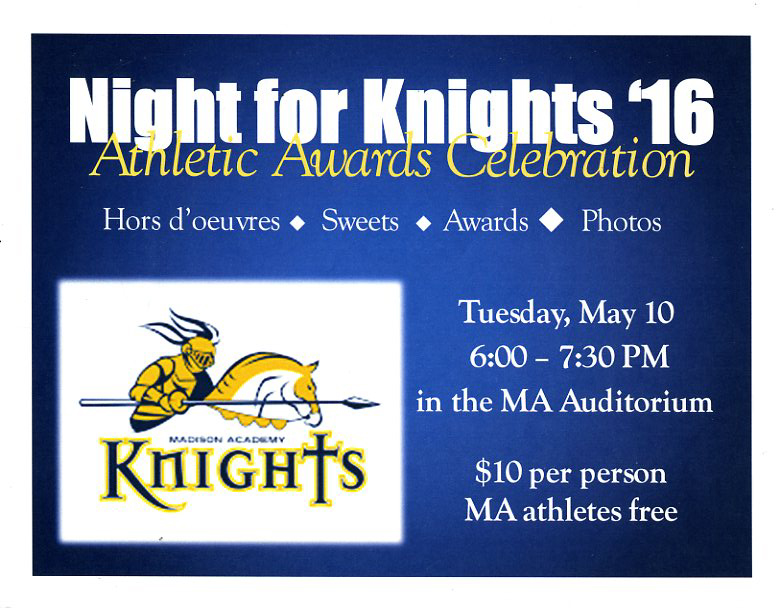 Yesterday, Dayspring Academy and Madison Academy competed in a soccer match at Dayspring.  The Knights fell behind quickly 2-0 however they played hard and tied up the score.  With time running out Brianna Underwood kicked a penalty shot for a goal.  The final score was 3-2.  This win improves the team’s overall record to 4-2-2.  The next game is an away game with Aaron Academy, Friday, April 15.  Game time is 5:15pm.

Mrs. Fuentes announced today in chapel that if students and their parents had no dinner plans for Tuesday, April 12th that we hoped they would consider coming to the Olive Garden restaurant at Rivergate and supporting the Athletic department.  In the fall of this school year we partnered with Olive Garden and earned around a thousand dollars.  Hope to see you there.

The Class of 2016 along with the sponsors, families and bus drivers left for Florida for their class trip.  The first day will be at the beach and then on to Orlando to experience Universal’s Islands of Adventure and Universal Studios.  Finally the class with enjoy time at the Wet n Wild water park.

In a soccer match held here at home with West Academy the Madison Academy team won 2-1.  This raises the overall team record to 3-2-2.  The next game is Tuesday, April 12 at Dayspring Academy.