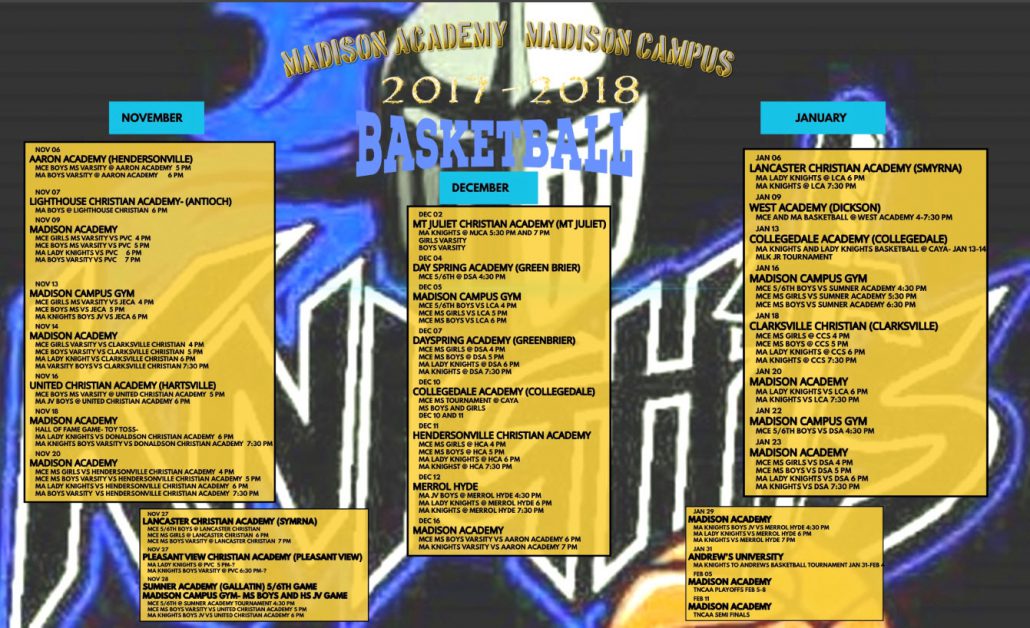 We are pleased to announce that Madison Academy’s Career Day last week was a success! Falling on Alumni weekend, thirty-two skilled presenters along with twelve Alumni decided to share with students about their careers. Many of these presentations were hands-on and kept the students focused and eager to learn more. Choosing a career path is difficult, even for adults. It’s especially hard for teenagers. But, with Career Day, it gave students insight and assistance in deciding which path they should take. One of the students commented on the event, saying, “The presenters were very informative. They put into perspective what I really wanted and did not want in a career.” Another stated, “The presenters were professional and enthusiastic about the information they shared.” Every student approached agreed that each presenter was incredibly kind, helpful, friendly, and open-minded. The presentations varied from baking to the military, and each had its own appeal. Madison Academy would like to thank the presenters and Alumni for joining us for Career Day and making it worthwhile. We hope you join us again for years to come.”

Today, October 11, twenty-two Juniors took the PSAT/NMSQT test.  This assessment is prepared by the College Board and is used by the National Merit Scholarship Corporation to determine National Semi-Finalist.  In order to qualify to be a semi-finalist a student needs to score in the top 1% of those taking the test across the nation.  According to Wikipedia over 3.5 million students take this test each year. Mike Downs, Class of 2017 was named a semi-finalist and then after taking the SAT a finalist.  He is attending Southern Adventist University tuition free.  The Sophomores are also taking the test to practice how to deal with high stakes testing and getting ready for next year.  Students can prepare for this assessment by using the College and Career software at the school named Naviance.  There are test prep programs for both SAT and ACT.

The Freshman along with area 8th graders are taking the 8/9 PSAT.  This offered to help students access their learning so far.  Madison Academy offers these tests at no cost to the student or parents.  The results are available online at the end of the semester.  Once the results get sent to the school, individual conferences are held with the student and a staff member to review the data and plan for the future. 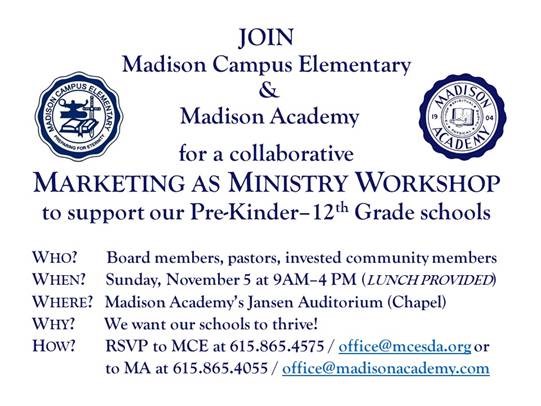 The Student Association is again hosting a late night volleyball tournament the Saturday night of Alumni Weekend. You can sign up by clicking this link.  It is free to watch and cheer and there will be snacks for sale most of the evening.

National Honor Society members this year decided to repeat what was done last year and start a new recycling program.  Coach Adams is spearheading this effort.  The Waste Management team was contacted and together developed a multi year plan to recycle here at the Academy and Laundry.  Phase 1 started by clearing out a space to store the recyclables and get blue recycle containers at the Linen Services and teacher’s copy room for employees to use.  Coach Adams shared with the staff what could be recycled and what was trash.  NHS members were divided into five teams of four members each and they at least once a week empty the recycle bins and transfer the materials to the holding area.  The program may after a year start to bring in enough revenue so that the NHS will be self-sufficient.  Any excess monies would be used to benefit our local community and other needs.  If you would like to help with this project please contact Coach Adams.

Last week, Monday thru Friday, the students and staff played a part in the extended learning opportunities that happened off campus.  The Junior class started this week with the annual history tour led by Mr. Ramkissoon, the history teacher.  Leaving campus Saturday night, 22 students and five adults left for the adventure that began with a tour at Gettysburg and then on to Philadelphia to see Constitutional Hall, the Liberty Bell and the new American Revolution Museum.  Later at Valley Forge the tour guide immersed the group in daily life in the army.  The final days were spent at Washington, D.C. visiting the Newseum, the White House, the Smithsonian-US History Museum and viewing the many monuments: MLK statue, Jefferson memorial and others.

The next day the Seniors and their sponsors went to Southern Adventist University to experience first hand what college is like.  After supper the Gym-Masters performed, then the students went to the church to enjoy a concert by Josh Wilson and then an ice cream social.  The following morning college personnel shared general college information.  After lunch the each student went to the departments they wanted to know more about.  Brianna Burks, said that participating in the Nursing program was the best part of her time there.

While the upperclassmen were away, the Sophomores and Freshmen were involved in taking the North American Division mandated Iowa Basic Tests.  Each morning, Monday-Wednesday students demonstrated what they learned over the course of last year.  When the results arrive towards the end of the month, students and parents will be able to evaluate past learning and project future college readiness scores.

Wednesday at noon over 40 students, staff and parents, left for a short term mission trip to the Appalachia region.  Students were divided so that the could accomplish basic construction projects: installing insulation and building a ramp, as well as moving furniture for a church.

Sunday evening the Student Association had the annual Fall Ball. The theme was color mania–everyone received or wore a plain white t-shirt.  The rest of the evening students painted themselves and others with red, blue, green, and yellow paint.  There was a snack table of fruit, crackers, and some candy.  Later in the evening students could frost cupcakes with a variety of colors.  There was a maze to navigate through as well as three toss games.  Later students were divided into four groups and used the colored powder on their friends or others.  As evening started s’mores fixings were available next to the bonfire.  The night ended with a fireworks display.  This was the best part of the evening said Kayla Smith, senior.